Review: G-Vibe 2 A Toy for Women, Men and Couples 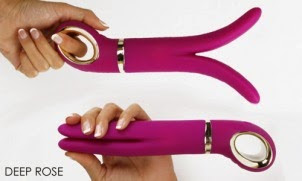 If you read a lot of my reviews you'll already know that I am an aesthetic kinda chick when it comes to sex toys. Shape, colours and packaging are really quite important to me, as well as (of course) the functionality of the toy itself. I mean, you can have a fabulous looking toy made out of the softest, silkiest silicone resting in the most luxurious looking box, but if it fails to hit the spot, then none of that outside stuff matters. Similarly I have come across toys that are ugly and weird-looking with packaging that looks like it was dug up from some time-warped 1970s porno but, when put to the test, have rocked my socks. I just don't particularly like looking at them when they're down there doing their thing, and they certainly aren't the sort of toy I'd bring out in company.
But chuck all of that pretty, buzzy goodness into one toy, and you have yourself a complete fan.
Enter the G-Vibe 2.
This is a toy I have been wanting to try since I saw the first version a couple of years ago. It's unique shape was the first thing to catch my eye and then, after I had a small hand play with it to test the feel of the material and go through all of the functions, I was determined to get one and see if it was all it seemed to be when resting in my hands.
Let me say, it pretty much is. There are a few little things I found didn't quite hit the mark, but really, almost all those things probably come down to my body and my needs and, because everyone is different, they might not be the same for you.
Probably one of the best, and most unique aspects of this toy is it can be used as a solo toy for both women or men and can also be incorporated into couples play too! It's pretty damn versatile really. It absolutely impressed me.
Let's start with the specs.
Made of medical grade, silky smooth silicone, it really does feel beautiful in your hands and against your skin. It is 100% waterproof and is rechargeable so you don't need to worry about batteries. The charger is magnetic and can be a bit temperamental, so just make sure it's in a place it won't accidentally get moved or something.
It takes about an hour or two to fully charge up and then lasts for around four hours of continual play.
It has three powerful but quiet motors, one in each arm near the tips and one in the main shaft, and has six different vibration pulses as well as eight (yes eight!) different speeds.
The two “V”shaped ends are flexible and can be pushed together or spread out, although you do need to hold them in position or they return to their original shape.
It comes nestled in a pretty box and has a silky bag to store it in if you don't want to keep it in the box.
The handle is easy to hold and the buttons are simple to work out (one goes up in speed, one goes down and the other changes the pulse settings) and they're super easy to press.
One of the cool things that comes in the box is a set of illustrations showing you all the different ways you can use the toy and, for the most part, they are pretty good. Although there are a couple that are a bit silly and make no sense or really don't do what they claim.
Like a Rabbit 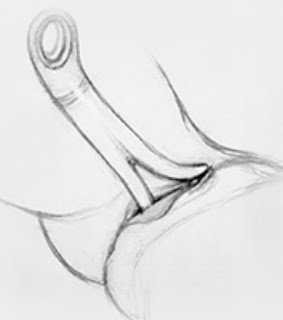 Using both arms to stimulate both the inside of your vagina and the clitoris and vulva you can simulate the sensations you get from a rabbit vibe. Because the arms are quite flexible you can push them against you to a few different angles to get the best feelings. Several of the vibration settings alternate several buzzes and pulses at the same time and also swap them between arms creating interesting, almost unpredictable sensations. You can use it to stimulate both vaginally and anally at the same time and, because the arms stretch out if you push down, you can get it to reach both the clitoris and anus at the same time too.
That Full-Up Feeling 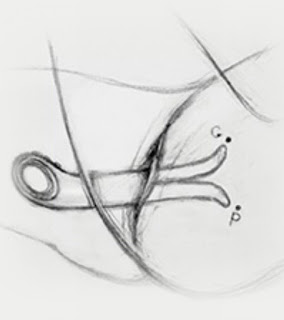 Something I hear from a lot of women is that, although they often enjoy the feeling of being full, the pressure and strain that a thick vibrator can put on the opening and the walls of their vagina can be uncomfortable or even sometimes painful. The great thing about the G-Vibe 2 is that you can have your full-up cake and eat it too without the fear of that pressure. Squeezing the two arms together you insert the toy and, as it enters it begins to fall open to its natural state, the arms push gently against the walls without putting any undue pressure on you.
For Him 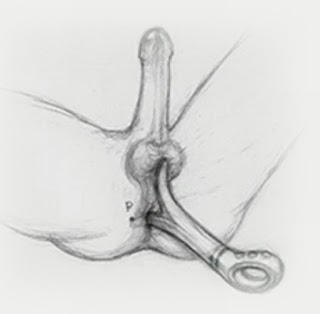 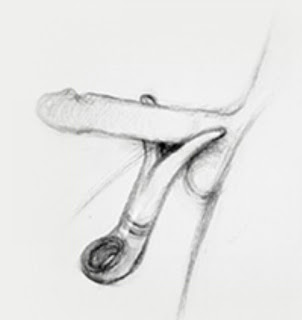 It's very rare for a toy to be so versatile it can be used in a variety of ways for both sexes. Sure with other toys you can improvise with buzzes on bits and that's awesome, but the G-Vibe 2 has some great features that make it really awesome and easy for men to use.
Sliding the cock between the two “Vs” gives a great tingling all-over buzz to the penis and you can hold it there for all sorts of couples activities too (see below).
Pushing the “V”open and resting them between the balls and the perineum also feels (according to the husbandman) “really fucking cool.” and, if he is so inclined, you can use it anally to stimulate his G-spot.
Couples Play 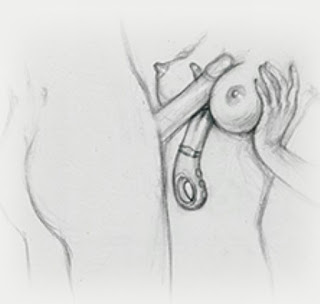 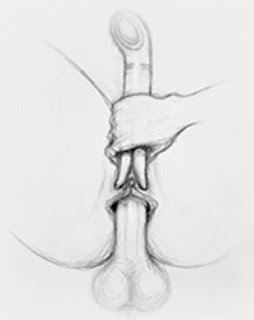 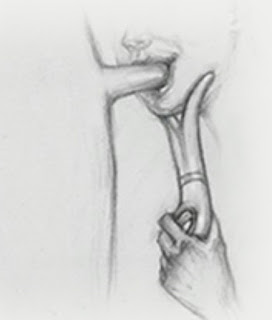 Using toys together as a couple is a great way to enhance your sex life. Having that extra stimulation and the means to play and experiment with sensation is a really awesome way to open up and explore your and your partner's sexuality and sexual needs. With the G-Vibe 2 you can incorporate the toy into oral sex, Spanish style (that's tit-fucking in non-crass speak), even intercourse to really jazz up the moment.
I will say, the picture of the oral sex and resting the toy on your chin is a little bit weird and I'm not too much into my whole jaw tingling like that. It made my ears tickle and I felt like I needed to sneeze... But if you slide the penis into the “V” and hold it there instead it stops your face from jiggling and still creates the awesome sensations for him.
It Just Doesn't... Work that way 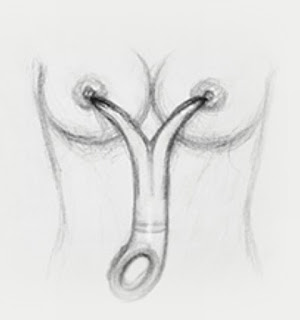 As well as the resting the toy on your jaw pic, there are a couple of others that just don't seem to work for me... Or really for anyone. The most obvious of these is the nipple one. I'm sorry, but I've been selling this toy in retail shops for a couple of years now (the first version and this one) and I have never ever EVER come across someone who has boobs that close together. The scale of the toy they've used in this pic is way off and even when I squeeze my boobs together as close as they can get, yeah I can sort of get them both... But holy crap it's not comfortable nor sexy. I'm really not sure why they've kept that illustration in. In every other review I have read on both versions 1 and 2, the verdict on this particular position has been one of “that just doesn't work!”
Considering the number of ways you can use this toy, it seems weird they've left instructions in for one that really, really doesn't.
Overall, apart from the boob pic and the jaw tickling, this is one amazing toy with some of the most versatile features I've ever come across. I would definitely recommend this to people who are nervous about introducing toys into their bedroom because of the fact it has great uses for both male and female users and also as a couples toy so it could potentially break down those barriers of “vibrators are just for girls”and the common worry men can have of “if she's got a vibrator does that mean I'm not doing it for her” and similar concerns like that.
For those reasons, and all the other awesome ones I've described up there, I give this toy an 8.5 out of ten.
Happy Buzzing, My Friends
Posted by Deliciously Bad at 17:59