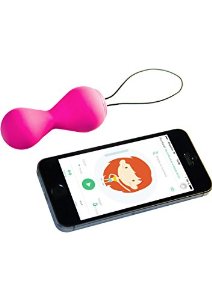 Normally when I do a toy review I set aside about a fortnight. I first get the toy, and have a hand play with it. You know, feel the material, turn it on, feel the strength of the buzzes (expert tip, test the buzz on the end of your nose. Seriously. It gives you a very good indication of just how powerful or not it will be. The nose tip is far more sensitive than the fingertips). I read through the instructions and features etc, and then I get down to play. I usually have a few different sessions with it to work out all the features and try and get the best and most thorough results that way. It's a process and a system that's always worked for me.
This toy is a bit different, and required a different process, so it took quite a bit longer to test and review.
The G-Balls 2 (with app) is a kegel training ball system that you can use on its own or with an app to help you keep track. The reason I took so long testing and reviewing it is because, well, Rome wasn't built in a day. It would be a bit like me reviewing an all-in-one gym machine, using it for a week or so, and then writing about the (most likely) lack of results. It's not a proper test of its ability and I'm just short changing anyone who wants the actual real deal info.
When it comes to training and strengthening any part of your body it takes time and patience to really see any results. Most kegel ball training advice says it can take anywhere up to twelve weeks to see definite improvement in the muscles, but that is often in extreme cases of muscle weakness like women can experience after giving birth. I have quite a strong pelvic floor to begin with so I was at an advantage coming in to this, but the great thing about these balls is they will work and be useful for anyone at any level. 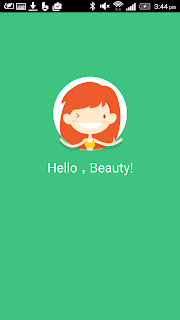 So first let's get the specs out of the way.
The G-Balls 2 are made of medical grade, body-safe silicone and ABS plastic. They measure 1.2” x 3.2” so they're not too big or scary looking to a first-time user. They are fully rechargeable and 100% waterproof and come with a one year warranty.
They can be used with or without the app (available on smartphones with Bluetooth 4.0) but the app has six training programs as well as a bunch of different “rewards”and badges so it's a great way to mark your progress and get the best out of it that you can.
Before I go into my review I will mention that I have tried a very similar product (The Swan Clutch) and found it to be one of the best kegel exercisers I have ever used, so these balls had quite a bit to live up to insofar as comparing one against the other.
Just like the Clutch, one of the features of these balls is the squeeze to buzz function. Turn them on and squeeze the bottom ball with your fist and you'll the vibration turn on in the top ball. When you release the pressure the vibration stops. When the ball are inserted it is a really great way to gauge how strong your kegels are and how long you can hold them.
There are a number of different ways you can use them. You can set it so it's on a permanent buzz (this is great as a pleasure device), or a buzz-when-squeezed setting (self testing your muscle strength), or you can connect them to the app and follow the programs on that. You can also use the app programs in an off-line setting but I'll get to that in a minute.
The app is super easy to set up. Make sure the balls are fully charged (the little LED light will turn on when charging and off when full), turn on your Bluetooth, find the “Magic Kegel” app in the Apple Store or Google Play and follow the instructions.
The app asks you a few questions to narrow down what sort of program would be best for you. It even asks your gender, because men have pelvic floor muscles too and these can work to help strengthen them too (benefits include helping bladder control after prostate surgery and helping to increase libido and orgasm strength among other things) It is a fairly simple questionnaire about what you want to get out of it, for example is this a sex thing? Or maybe you've just had a baby, or are preparing for the birth? It then suggests which program would be best for you. Each program has levels ranging from beginner to expert.
Because they aren't too big insertion is easy, especially with a bit of water-based lube. Pop them in, make sure the string (which is the receiver for the Bluetooth) is outside of your body. It's best to be lying on your back with your knees up and slightly apart, this is for ease of insertion and also the best position to be in to really get a good squeeze going. 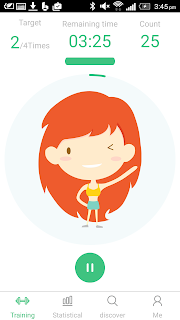 The app has a cute, perky girl voice to talk you through the exercises (it may be a guy's voice for the men's setting. I'm not sure.). I will say that after a few goes the perky voice irritated me a bit. But that could just be me. She tells you when to squeeze and when to rest, and there's a count thing you can follow too. But I have to say the best thing is the bird. So the harder you squeeze, the higher your little bird flies. I started not listening to the girl's voice and just started squeezing and trying to keep my bird in the air. It's not easy. Even when you're squeezing suer super hard. I actually wonder if the sensor is a little off, because when I removed it and squeezed in my hand the bird jumped, but when inserted and squeezing my hardest sometimes it didn't even appear on the screen. And I know it's not because my muscles are bad. I found if I lay really still and had the bottom ball kind of not completely inserted, it worked well. So I dunno, maybe it's my vag, but I found that frustrating. And exhausting! (I took it out at one stage an popped in the clutch, and that one worked fine with my squeezing... So I don't know). 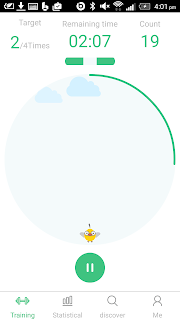 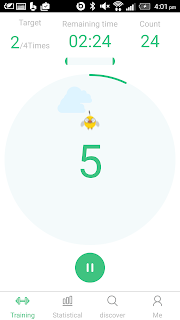 The other thing I found frustrating was the device kept getting disconnected and then would randomly connect again while I was trying to figure it out. I thought at first it was a reception thing, having to have your phone right near the device to get it to work, but then I decided to test it walking around the house and it stayed connected for about ten minutes before cutting out and back again. I even decided to try it walking around the local mall but that completely didn't work and I thought I'd look funny if I kept waving my phone in front of my crotch just to get a connection. 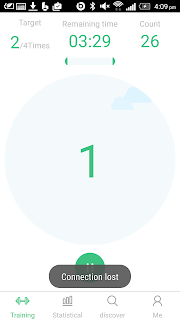 With every program level you complete, you are rewarded with beans and badges. The beans you plant and grow and the badges help monitor your progress. I have to be really honest here, once I had got the hang of the exercises I wasn't all that fussed about the rewards. It was really complicated to work it all it and what to do to get what badge and, well, it's not Mario Kart. I should also point out that I am not particularly technically minded so it really could just be me, but I found bits of the app super confusing and the programs and badges etc just a bit naff. It certainly was helpful in the beginning to get an idea of the exercises, but all the extra stuff wasn't too exciting nor necessary for me. There are the options of different buzz settings and the more you play the more functions become available, so for a pleasure thing that's pretty cool. And it also a menstrual calendar which is brilliant for keeping track of your cycle. 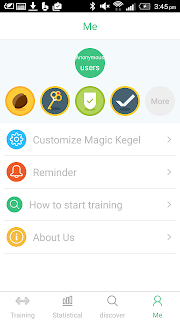 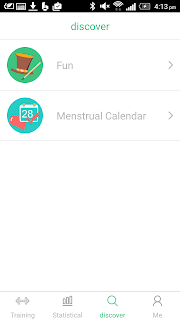 The main problems I have with this device is the app. It just seems too glitchy and temperamental. At one stage it would not even pair with my toy. I sought some advice from a techie person and they suggested uninstalling the app and starting over. I did this and it worked... But I lost all my beans, all my badges and rewards and had to reset the menstrual calendar. It just seemed like a lot of work for something that should essentially be fun and easy and out of the way after five or ten minutes a day. 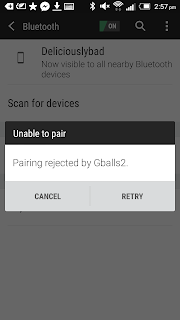 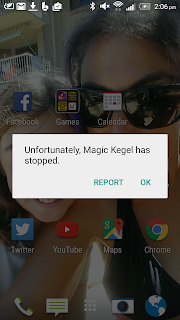 Now let me talk about the offline mode. So from what I can understand and have read about, the offline setting allows you to do the programs without being connected to the app. I really don't know how this works and for the first few times I tried it, it didn't seem to connect at all. Then, after I did the whole resetting thing it did and I had the first exercise program running constantly, and to be perfectly honest I could not (still cannot) figure out how to turn it off. It's still on offline mode now. Three days later. The app keeps freezing on me, and the touchscreen bit that you're supposed to click to take it back to online mode won't work. I think I'm going to have to uninstall it again.
But I probably won't.
All in all, even with the issues, I actually like this toy. I like what it does, what it's for and what it's trying to do. I just think if you're going to have something connected to an app, you need to really really be sure the app makes things easier, not harder.
I've talked to a few people who own this toy and they have all enjoyed it. They have all cited glitches with the app, but no-one seems to have had the full on frustrations that I did, so this could very well me a “me” thing. I really am bad at technology. Really. Phones die on me, computers explode, even automatic doors don't open for me (most likely cos I'm a short-arse) so I really don't want to make too many grand statements about the app, just in case it IS just me. But these are my experiences so I will leave it up to you to decide. I will also say that I sent the guys at Fun Toys a tweet asking about the Bluetooth when it first went weird, and they came back to me straight away and offered assistance both on twitter and email, so that was awesome customer service and I rate that really highly (have edited out email address for privacy). 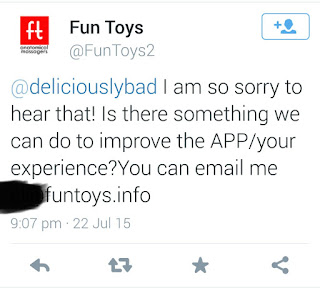 I will also say that my kegels are even stronger than they were at the start of this journey. I would put that down to the regularity in which they suggest you exercise, the fun of the buzzing (and the frustration of the NOT buzzing which makes you squeeze even harder and, although is probably an error in the sensor, definitely helped my strength!) and that, in turn, keeps you going back. Even the app, before it decided to be a pain, was fun for a while and got me on the right track.
I will give these balls a 6 out of 10. If the app was a bit easier to understand and user friendly for a techno-dimwit like me, I would probably have given it an 8.

Happy Buzzing, My Friends!
Posted by Deliciously Bad at 23:37